On December 16, TCA honored the memories of Mrs. Julie Foshee Knowell and Mrs. Marylin Foshee with the dedication of a new playground in the K Building Courtyard. The afternoon’s ceremony began with the Lower Division Principals sharing their most cherished memories of Julie and Mimi’s faithful service here at TCA. 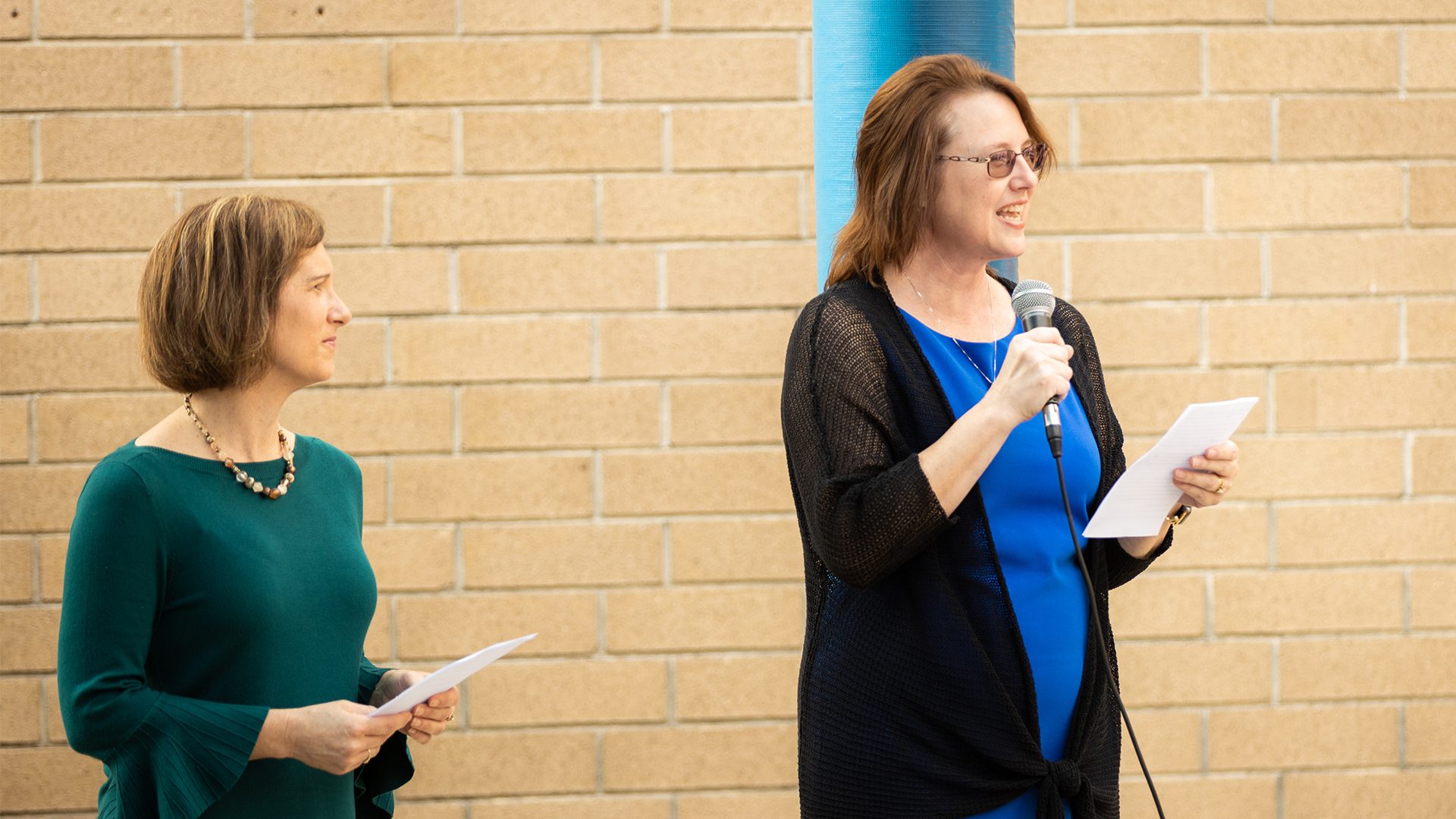 “Each baby she [Mimi] cared for became one of her own little ones – she cared for them as if they were her own. If they were hurt or upset, they always wanted to go see Mimi.”

“Julie always loved the children in a way that only she could, and went above and beyond to meet their needs and assured parents that their children were happy and cared for…Parents knew their precious ones were safe and in loving arms.” 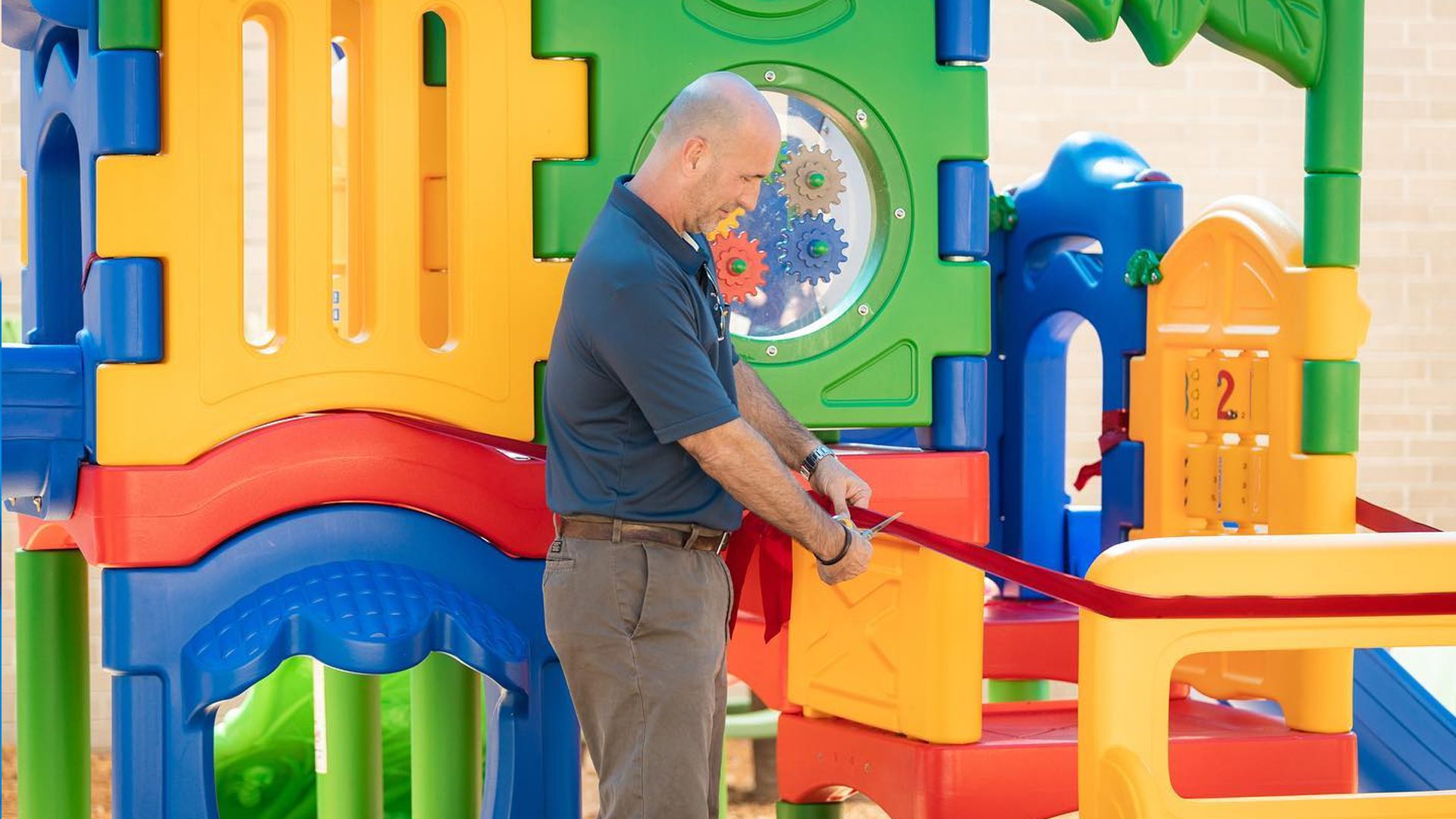 The guest of honor who cut the ribbon was Scott Foshee, Mimi’s youngest son and Julie’s brother. 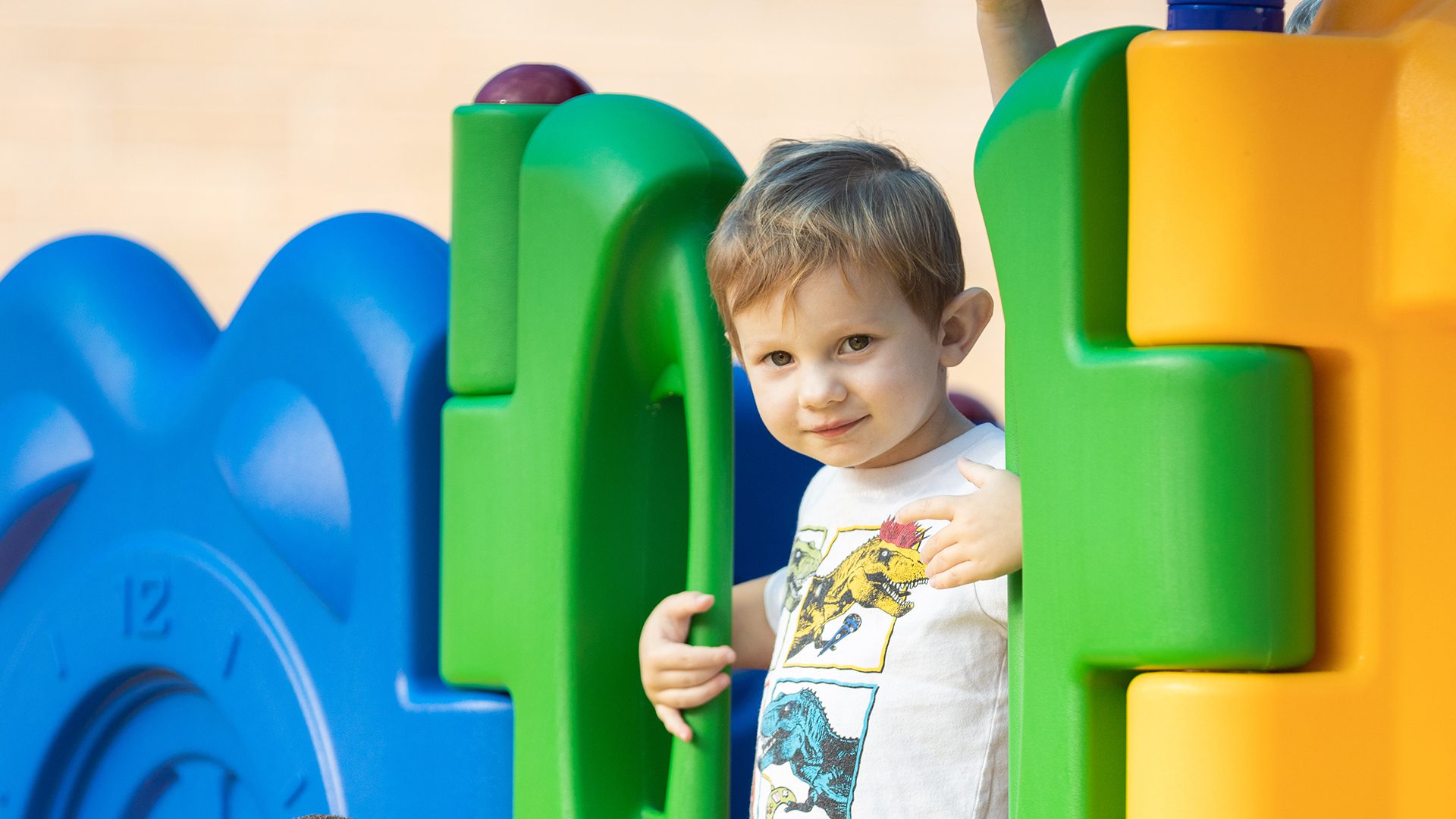 Our Father,
We pray you will protect the little ones who play on this playground from harm and hurt. May the teachers that are with them sow seeds of faith and hope in their lives. May each child come to a knowledge of you and serve you as Julie and Mimi did. We dedicate this space to the remembrance of your servants, Marylin Foshee and Julie Knowell.
In Jesus’ Name we pray.
Amen

Our goal was to raise $30,000 to purchase a playground set and to make repairs and upgrades to the surrounding playground space. So far, we have raised $4,406.85, which has allowed us to move forward with the purchase of the playground. We will continue to work towards our fundraising goal in order to make the additional renovations.

More about our beloved Julie and Mimi:

Her daughter Julie, a seasoned Trinity veteran, attended kindergarten through high school here and fulfilled her dream of graduating from Trinity Baptist College in 2020. Julie was the director of our academy nursery.

Together, this mother and daughter duo cared for our youngest students. Some of you may not have known them personally, but they were the reason our teachers could go to class and focus on teaching because they knew their children were in safe and loving hands. Others of you had children who were cared for directly under their watchful eyes - you received pictures throughout the day of your children, reassuring reminders of the love they were being shown. Some of you were once students, cared for and loved by them daily.

This is a celebration of life and of the lives that Julie and Mimi touched. A legacy that is etched into the hearts and minds of every child they cared for and every parent who entrusted their children to them. We thank you Julie and Mimi for the impact you made together on Trinity Christian Academy, on teachers, parents and students.